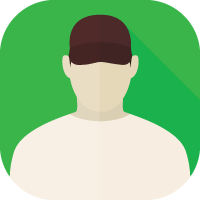 When it comes to looking after your top investments, car care is absolutely essential. In addition to impacting your ability to drive, car care can also help to keep you safe. I started focusing on taking better care of my car a few years ago, and it has made a tremendous amount of difference. Within a few short months, I was able to completely overhaul the way that I was thinking about car care, and now my vehicle is pristine and beautiful. Learn how to protect your investments and enjoy a better car by checking out this website. You won't regret it.

The How, Why, And When Of Rust Protection

Depending on the climate that you live in, it's possible that rust is only a minor or even nonexistent issue for you. In warm, dry regions that rarely, if ever, receive snow, rust is just a boogieman you use to scare little gearheads before bed. Everywhere else, rust is a very real nightmare and something that most car owners will eventually have to live with. Modern galvanized steel body cars are significantly more resistant to rust than the cars of the past, but rust will still begin its inevitable assault sooner or later. [Read More]

Is a Scrapyard the Best Place to Take a Car Without a Title?

When a car you drive daily starts costing too much in fuel or shows signs of engine trouble, it's easy to park it in the yard and forget about it for a little while. When you're finally ready to liquidate it, it's even easier for the title to go missing and leave you without hard proof of ownership. Most scrap yards and junk car buyers are happy to work around this limitation, but it's not your only option either. [Read More]